Helicopter flight to Everest Base Camp and Kalapathar 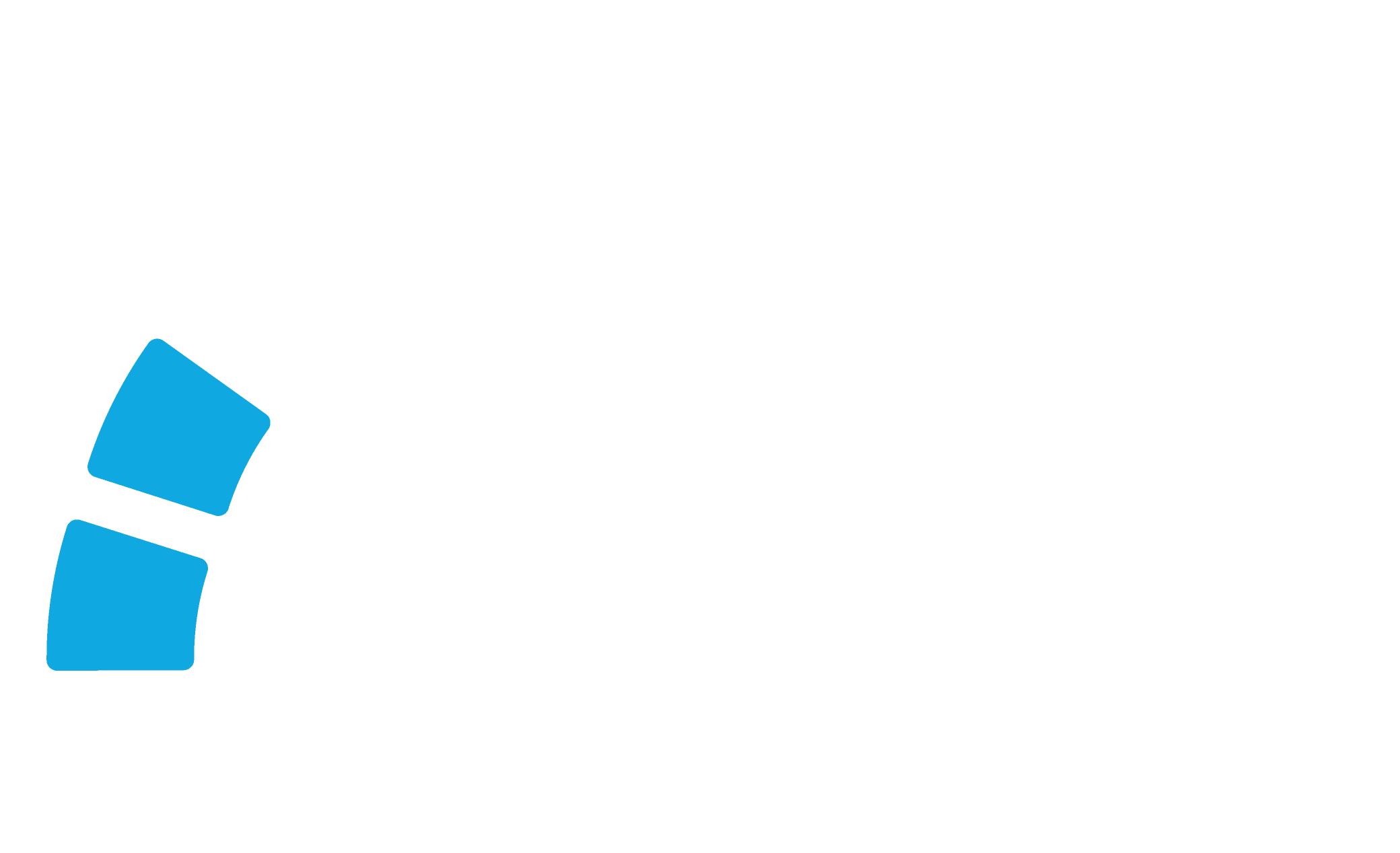 Need to see Everest and yet don’t want to go through week-long trekking? Everest base camp helicopter tour is a perfect option for you and for people having limited time who wants to see the magnificent Everest from a close-up view in a single day. Travellers around the world drool in the thoughts of simply undertaking a journey to the base camp of the highest peak in the world. Week’s long trekking and trips finally take you to the case camp only after ample sweat and toil have been spent. However, Everest Base Camp Helicopter Landing Tour is one such travel package which incorporates the penultimate of the Himalayan panorama while not having to break a sweat. The helicopter tour to the paramount of all heights is remarkable, to say the least, and even to say so would be an understatement. Get the best alternative to Everest Base Camp Trek in a single day and get close to the world’s highest mountain.

The glorious Everest Heli Tour to the duo of Everest Base Camp and Kalapatthar begins as you board a helicopter from the east helipad of Tribhuvan International Airport. As per the flight time, you will be picked up from your hotel and transferred to the airport. The flight times are scheduled for the morning time due to the clear visibility,  low clouds and winds. As you take off from Kathmandu’s airport, the flight offers aerial views of the parade of glistening peaks as you begin the journey from Kathmandu airport. 45 mins of flight will bring you to Lukla where after a short break refuelling and load management, you embark the journey to the predetermined destinations. A magnificent landscape reveals as your pilot slides the helicopter above attractive Sherpa mountain villages, bright green mountain glaciers, and a snow-white area of Himalayan peaks and glaciers. Thamserku (6608), Khantega (6782m), Lhotse (8516m), Pumori (7165m), Nuptse (7861m), Ama Dablam (6856m) and Mt. Everest (8848m) make the grand entrance in the scenic display of the Himalayas promising plenty more as you continue ahead. The grandeur of the Khumbu icefall and glaciers along with views of mountains neighbouring the Everest (8848m) is nothing short of divine. After a flight over the base camp, we head to Kalapathar for a short landing from where you can get the best to view of Mt. Everest and several others. The massif of the Everest Mountains welcomes you with breezes of spine-chilling air and snowy fragrance spread over the region. Maximum 5 minutes of landing time will be given at Kalapathar due to the threat of altitude as we gain the altitude rapidly from Kathmandu (1,350m/4,415ft) to Kalapathar (5,545m/18,132ft). From Kalapathar, we fly to Hotel Everest View, famously known for being the world’s highest hotel which is at an elevation of (3,800m/12,500ft) for a breakfast. 45 mins of landing time will be given and while having tea and breakfast you can witness a 360-degree view of the awe-inspiring peaks. Afterwards, we fly back to Kathmandu and our tour concludes. Relishing the spectacle of supreme quality, you fly back to Lukla and then to Kathmandu.

Everest Base Camp Helicopter Tour is the best Ariel tour you can do and it surely will be a lifetime experience. The feeling of the overwhelming joy is fabulous to enjoy as well.

We, Highland Expeditions, have been in this industry for many years and we have been ranked the best one among others. We serve to give you the best taste of Himalayas during your short visit to Nepal. We will make sure that this EBC and Kalapatthar Heli Tour will be a grand experience for you while also catering for your comfort and safety.

1. How ahead do I need to make the booking?
It is always advisable to book the trip as early as possible once your plan and date for the flight have been fixed. To avoid the non-availability of spaces, we advise you to book the tour at least a month before your flight date.

2. What if I am alone? Can I still join the tour?
Our Everest helicopter tour is a group sharing / fixed departure tour meaning there will be other passenger travelling on the same flight with you. So even if you are single you can still join the tour.

5. What kind of clothing do we require for the tour?
As the flights are conducted in the early morning giving the chance for good visibility, you can expect the temp to be sub-zero at 5000m/16m400ft. For clothing we recommend, wearing warm clothes with an extra layer of Windstopper for the upper body. A comfortable shoe will suffice but make sure the socks are warm enough. A warm hat, sunglasses, sunscreen are a must too.

6. Which helicopter do you use for the tour?
We operate Eurocopter AS350 B3 for our helicopter flight, with a seating capacity of up to 5 passengers, this helicopter is best for aerial tour.

7. Can 5 people land at Kalapathar?
Due to its higher elevation and thin air, the carrying capacity of helicopter decreases thus it can carry only 3 people at a time. From Kathmandu to Lukla, it can carry up to 5 passengers and from there to Pheriche, we will do shuttle service as it allows more space for you to enjoy the flight.

8. What time is the flight and when do we have to reach the airport?
The flight time is at 7:00 am usually but this will be completely decided by the weather and other conditions. You need to be at the airport 1 hour before the flight time.

Important Note: Your safety is of imperative concern while traveling with Highland Expeditions. Please take care to note that your pilot and we have the authority to amend or cancel any part of the itinerary if it is deemed necessary due to your safety concerns. Every effort will be made to keep to the above itinerary; however, since this adventure entails travelling in remote mountainous regions, we cannot guarantee that we will not deviate from it. Weather or health condition of a group member, unexpected natural disasters, etc., can all contribute to changes in the itinerary. We will try to ensure that the trip runs according to plan, but please be prepared to be flexible if required.

Given below are the fixed departure dates for this trip. If the dates don’t match with your schedule, then kindly let us know and we will arrange a private trip customizing the departure dates suitable for you. The cost below is per person on group joining basis excluding the international flights. Group discount is available for booking of two or more than two persons. Kindly contact us if you have a bigger group for the discount.

Group tours are unavailable for this trip, however, you can opt for the private trip. The private trips are available on any date of your choice at any time of the year. Let us know about your preferred travel dates and we shall organize it as per your convenience. Get in touch with your query now.

It was certainly one of the most awesome highly enjoyable experiences we have ever had in half day time. It can not be explained. It must be experienced. One of the best tours we ever joined.

Arriving at Kathmandu airport before departure you are given a safety briefing. You then board your helicopter and are treated to the most breathtaking views of the Himalayas. Fly over the Himalayas, quick photo session at Kalapatar and have breakfast at Everest view hotel. It’s worth every penny. 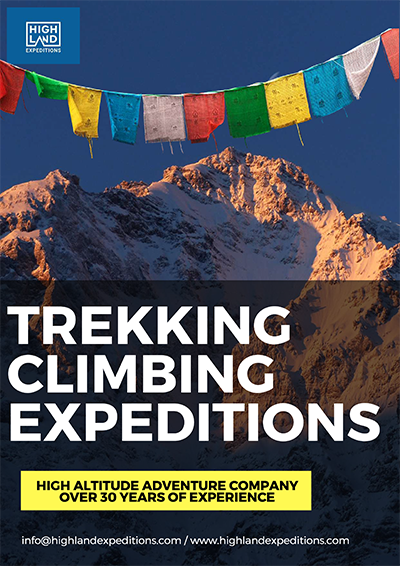 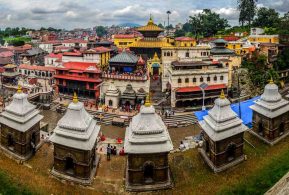 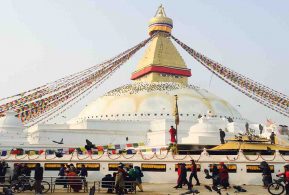 Half day sightseeing of Kathmandu

Nepal, the land of Himalayas is known as a mountaineers and trekkers paradise to the world. The Himalaya is the youngest and highest mountain system in the world extending 2,400 […]

This was my first visit to Nepal and thanks to Passang and his team on the ground, it was filled with lifetime memories that I will treasure forever. Well planned […]