Nepal hosts eight of the world’s highest mountain in the world and is the country with hundreds of peaks. In the mountain language, a basecamp generally refers to the beginning point for a mountain expedition. You can also say that it is the meeting point of the treacherous, winding trail and the peaks. Dotted by bright tents set up by summit expeditioners, this rough-and-ready communication and supply hub is also the final trekking destination for thousands of trekkers that arrive in troops.

Although the Everest Base Camp and the Annapurna Base Camp are unanimously the two most popular base camps in the Nepalese Himalayas, there are thousands of other mountains with their own independent basecamps – some explored and some not yet.

Here we present to you a list of less popular base camp treks in Nepal. 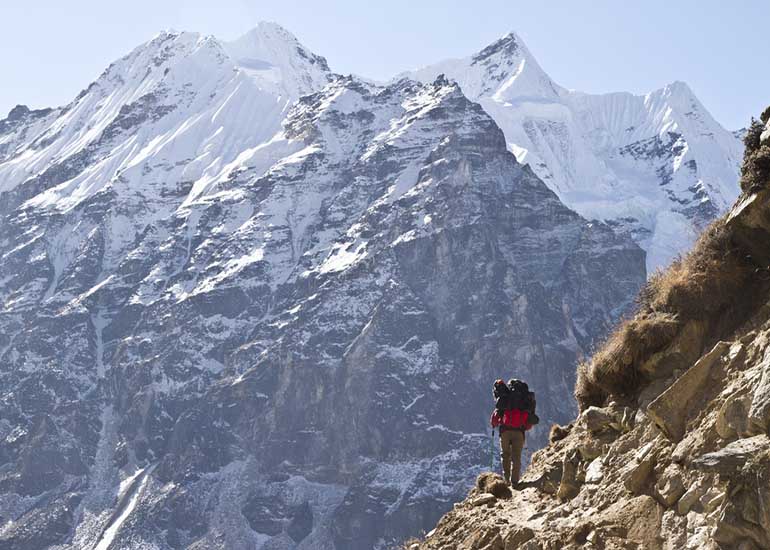 The base camp of the third highest peak on the earth is nothing short of grandeur. Even more, the trail leading to the basecamp is lusher, wetter, and more thickly forested than any other trail in eastern Nepal. Kanchenjunga, at 8,586m, is a colossal massif of several peaks. The view of the entire massif from the basecamp is simply breathtaking.

The trail was opened to trekking only in 1998. Due to extreme wilderness and isolation, trekkers can only trek in this region as a part of an organized trekking group. The trek to the southern basecamp takes about 14 days, while the one to northern basecamp takes 18 days. If you want, you can combine these both journeys by crossing Lapsang La Pass (5,160m) or Mirgin La Pass (4,663m). 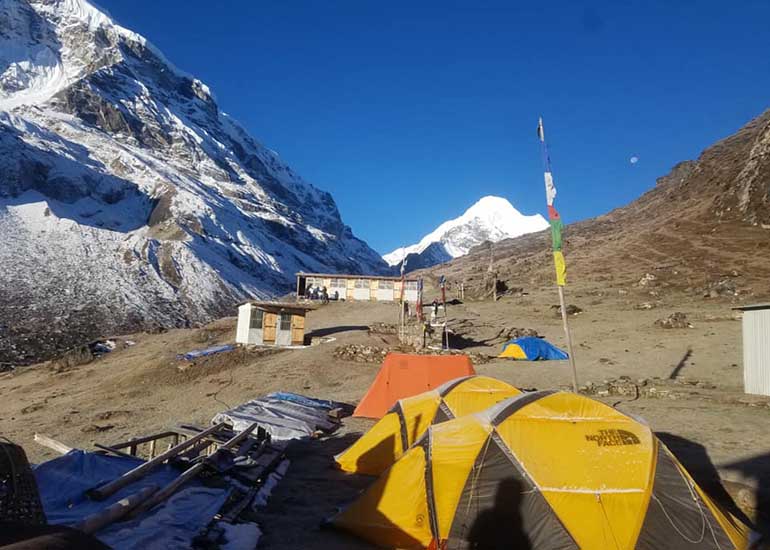 At an elevation of 8,463m, Mt. Makalu has a notorious image for being one of the toughest eighth-thousander to climb. Luckily, the journey to its basecamp is far more forgiving and kind. The rugged and isolated route through the Barun and Arun Valleys will take you to some of the most beautiful high-altitude scenery in Nepal.

The trek begins from Tumlingtar in Taplejung, which can be accessed by both air and road. The teahouse culture hasn’t developed very well, but there are few teahouses open all along the basecamp. Although this trek is albeit difficult, en route, you will reach certain viewpoints that will put you face-to-face with Baruntse, Makalu, and Everest! 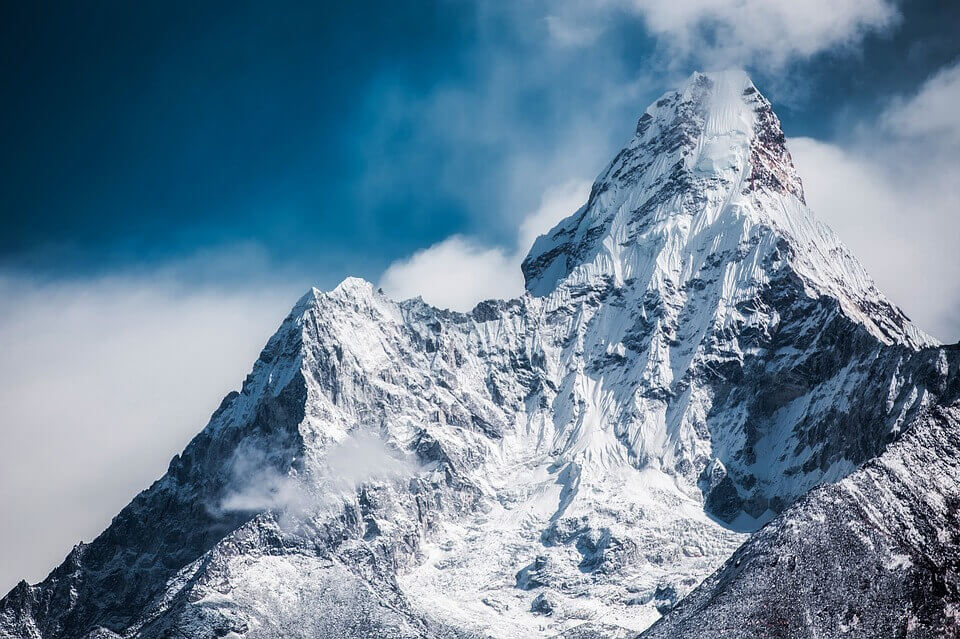 At 6,812m, AmaDablam is known as the most stunning peak in the Himalayas, courtesy of its impeccable pyramid shape. Often overshadowed by the popular Everest Base Camp trek, this one receives a lot fewer trekkers – perfect for those trying to steer clear off crowded trails. You can embark on an exclusive 15-day-long journey to AmaDablam’s basecamp or include it as a side trip during the Everest journey.

The trek begins from Lukla and moves forward through picturesque Sherpa villages. The trek up until Pangboche is the same as Everest’s. From there, you will have to cross the bridge over DudhKoshi and trek through the trail that is equal parts steep and flat. Once you reach the basecamp, you can relish in the amazing views of AmaDablam, Pumori, Lhotse, Kangtega, and Everest, of course!

Just like the Makalu Base Camp, this one too is outshined by a popular neighbour: Annapurna Base Camp. Opened for trekking in only 2012, Mardi Himal Base Camp is one of Western Himalaya’s best-kept secrets. It is a rich, diverse trek that will take you through densely forested areas and rocky mountain terrains.

This moderately difficult Mardi Himal trek can be completed anywhere between 6 to 8 days, making it perfect for those seeking a basecamp experience but are short on time. The trailhead is just an hour’s drive away from Pokhara, and the trek passes through beautiful Gurung villages like Lwang and Siding. There are simple guesthouses all along the route, run by friendly owners. From the basecamp, other than amazing views of Mardi (5,553m), you can also see the Annapurna and Machhapuchhre in all their glories. 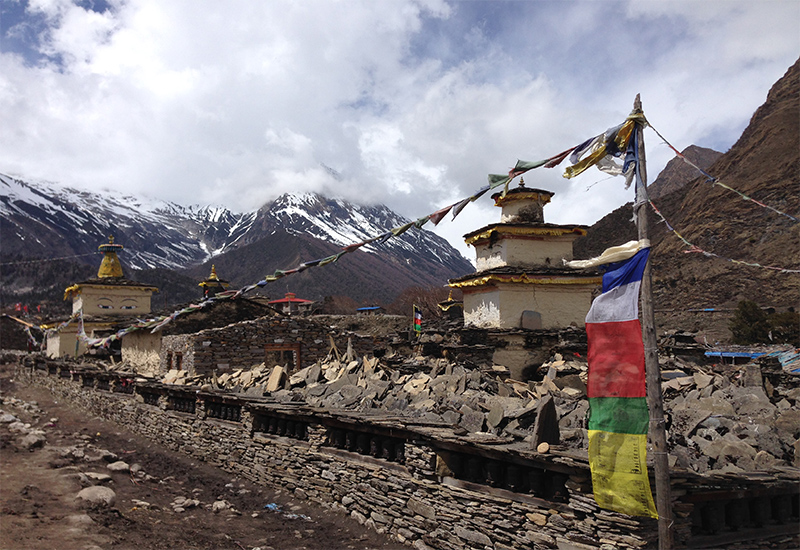 The eighth highest peak on earth, Mt. Manaslu (8,163m), is an equally stunning and a treacherous peak. The region surrounding the peak and the path leading up to it is one of the most isolated and secluded trekking areas in Nepal. Opened for trekking in 1992, the region suffered devastating consequences during the 2015 earthquake but has restored and rehabilitated in a short time.  The trek, which extends for about 15 days, starts from Sotikhola. You will be trekking through less-trodden, remote, and virgin trails that blend sub-tropical vegetation, mountain terrain, and ancient settlements. You will have to cross the nerve-wracking Larke pass at an elevation of 5,213ms to reach the basecamp. It rewards you with spectacular views of the Manaslu itself, Ganesh, HimalChuli, and ShringiHimal.

These are the list of less popular base camp treks in Nepal which you can explore. Nepal announced the launch of Visit Nepal 2020, a campaign 3.0 in 2020 AD with the aim of attracting 2 million foreign tourists. The last two campaigns were held in the years 1998 and 2011 with immense success. 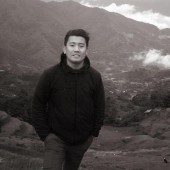 By Passang Tsering Sherpa on March 12, 2019 in Trekking